The Superhero’s Shortcut to Success!

Can the painting on your wall decide your future? If so, is your current painting conducive to the results you want? What can you do RIGHT NOW to start taking practical advantage of this powerful concept?

BRUCE LEE ON THE WALL

Ten years ago I had a gigantic Bruce Lee painting on my wall.  It was pretty eye-catching, full of red and orange colors.  At that time, I wasn’t into martial arts AT ALL.  I never thought I could get into that stuff, just watch it in the movies.

The painting wasn’t even mine.  I wasn’t very familiar with Bruce Lee, I just had seen him once in a documentary and I was pretty impressed, but that was all.  I wouldn’t have bought a painting of him or do anything close to that.

How did that painting get on my wall?  Well, I was so cool that I wanted to impress the boyfriend I had at that time with this expensive painting he liked (he really loved Bruce Lee).

We were living together, so the painting was always there – a gigantic reminder of a powerful symbol.

Time passed and we broke up.  He took a year to find a place where he could store the painting, so I was imposed to have Bruce Lee with me.

Guess what?  Now, martial arts is the number one thing I am dedicated to.  Not only that, even though I dedicated to many other artistic pursuits for long years, I am mainly known for my martial arts.  Martial arts have brought me the most success compared to any other field that I have been involved in until this moment.

Ironically, once I got into martial arts, I wasn’t interested in Jeet Kune Do (Bruce Lee‘s style).  I only wanted the less practical but more flashy styles.  However, I am currently studying to become a Jeet Kune Do instructor!  Coincidence?  Don’t give an answer yet.  Let me share a couple more stories with you. 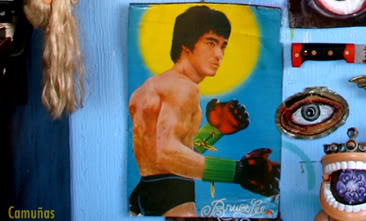 I had this friend in Spain who had a picture on his wall for years.  It was the picture of a man in full traditional Mexican costume,  No particular reason for it, it just looked cool.  This friend was a talented musician.

His band wasn’t complete yet and he had actually offered me to be the singer of the band but I was developing my own music, so I couldn’t.  They finally found a great singer to join them and complete the band.

Soon after, they a had BIG record deal offer.  Only one detail: they would have to be willing to go to Mexico and launch their career there.  He gave us the great news and pointed at his picture on the wall as if it had something to do with it.  I found it interesting, but I wasn’t a full believer…  Not yet anyway.

He left for Mexico and he and his band became extremely successful and world renowned.  They recently performed at the Staples Center in LA.  The band’s name is  “La Quinta Estacion”.  Man, if I had only known!
THE ART OF FENG SHUI

Around that time, I was learning Feng Shui, and one of the things I learned from it was how we can modify our house to improve different areas of our lives.  One of the ways was to put a painting or picture on the wall representing something that we wanted to achieve.  This sounded kind of magical, not really logical.  I liked it but I thought I would look for a more scientific approach so I turned to Western resources.

The way I see it now is that if you have pictures of fit people at home, this will activate and reinforce those patterns in your brain and will improve your focus on this matter.  You will start recognizing more fitness signs/reminders all around you.  These may have always been there, but you might not have been aware of them until changing your focus.

Then I discovered one of the first versions of a powerful tool that most people know as the Vision Board.  At that time I was in Mexico and it was called The Map of The Treasure.

I then combined core Feng Shui elements with critical structural  components within the Map of the Treasure concept, effectively creating a far more powerful tool that I call my SIDEKICK – Always by my side helping me achieve my goals!

Your SideKick easily helps you redirect your life toward achieving the results that you want.  It makes you more aware of the possibilities that you can extract from your reality and that match what you are looking for.  I will write a How To Create Your Own SideKick Tutorial in later post.

There are always constant reinforcements and reminders all around us and we are rarely aware of them.  However, these reminders have a huge influence on us, and they might keep us doing the same thing that we don’t want to do over and over.  It is just so familiar to us.  E.g.:  You want to quit smoking but have this cool picture of one of your favorite artists smoking a cigar.  It’s so cool that you’re drawn to follow the example.  Not a good idea.

The good thing about it is that the opposite applies as well.  Your SideKick is a powerful tool to facilitate the achievement of new habits and the creation of new brain patterns.  And now you know the WHY and the HOW!

ANALYZING AND ACTING ON IT


Do you have an exquisite picture on your wall of somebody apathetic?  A cool shot of somebody angry?  Or do you have somebody smiling?  Or a couple in love?  Somebody drinking fresh water perhaps?  Until now you may not have given these things much attention, but think twice.  All these images awaken different feelings in you, different reactions, different frequencies of vibration – IT HAS AN EFFECT ON YOU!  So let’s do something about it – RIGHT NOW!

FUN TASK: Choose at least ONE THING in your habitual place that is representing an old pattern that you want to leave for good, and exchange it for another object that represents a new habit or aspect of your life that you want to accomplish. Come on, do it now! You will definitely see the results!  Shoot me an email or comment here to let me know about the exchanges you make!!!!!  Exciting!!!!


To Your Superpowers!  Victoria Vives

Load More...
This error message is only visible to WordPress admins

Error: API requests are being delayed for this account. New posts will not be retrieved. 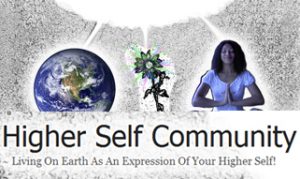